Exactly five years ago I have published my first blog about predictable business. I'm a little bit sad that I haven't found until now much resonance on this way of thinking, however this time will come, I'm sure.

So let's repeat here the thoughts from 2009:

Before I start to build the model of predictable business, I have to clearly define the term of predictability. What does it mean, that I can predict a certain event? Taken from real life, I would say, I know it will occur in the future. So to predict is to know.

As stated in Wikipedia predictability is the degree to which a correct prediction or forecast of a system’s state can be made either qualitatively or quantitatively.

The second term that requires explanation is “business”. In my context I define business from the process point of view. So to do business means to follow a certain process definition, to be a part of certain process instance. Every process contains activities and transitions between them. In a well defined process I know from the beginning conditions which are responsible for a certain flow of the process (transition from a-activity to b-activity). Such process have no uncertainty e.g. are predictable.

The first law of predictable business:

(simply saying: business is predictable in 100%).

This law is based on entropy in information technology (also known as the Shannon entropy) which states: if probability p of a discrete random variable x (in my case, the flow of a process) is p(x) = 1 than its entropy N equals to null: 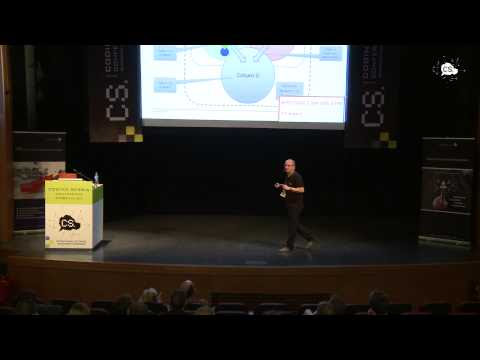 Coding Serbia 2014 and My Talk about Agile Culture Capability Model